How does the gambling market work in Russia? 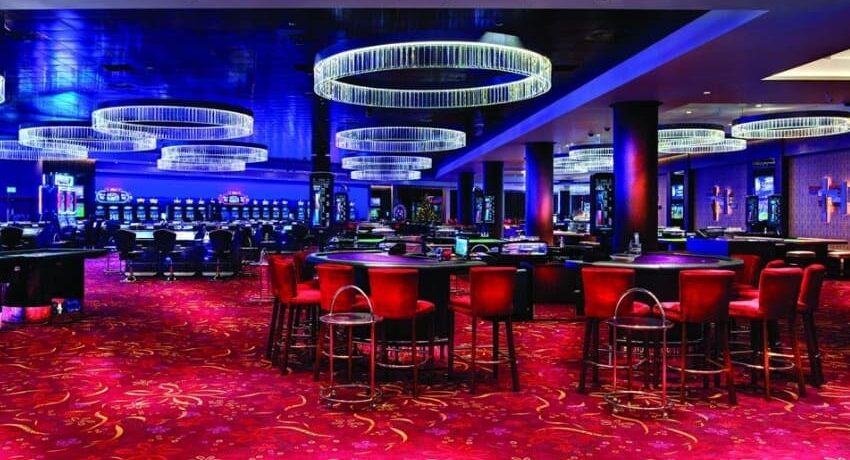 Until 2006, gambling activities in Russia were regulated by the Tax Code and the Law on Licensing of Certain Types of Activities. Local authorities could independently decide whether to grant or prohibit the work of a particular company.

From 2006 to 2009, at the initiative of the President of Russia, various draft laws were developed, the purpose of which was to restrict and control the industry.

As a result, on July 1, 2009, the law was adopted prohibiting gambling in Russia. Only five special gambling zones are the exception.

Online casinos in Russia have been banned. To be more precise, it is the organization of a casino that is prohibited. However, this wording immediately became a kind of “loophole”: the activities of casinos that are legal in other countries are not officially prohibited. After all, they have not organized their activities on the territory of other countries. Their sites are not always blocked, the owners must restrict access by ip for residents of those countries where gambling is prohibited. There is no ban on playing on the Internet for Russian citizens.

What laws administer the gambling market in Russia?

Any gambling activity that is carried out without obtaining a license is illegal in Russia. Only land-based casinos and gambling halls can apply for a document.

The Federal Tax Service (FTS) of the Russian Federation is in charge of issuing licenses to casino operators in Russia. How to get a gambling license in Russia?

The games zones which are legal in Russia

Since 2009, only casinos that operate within the same gaming zone have been legal in Russia. As of June 2021, there are four gambling zones:

In the near future, the Russian authorities have planned the appearance of another gambling zone. In 2015, the Crimea was also included in the regions where gambling is allowed. In 2019, permits were signed for the organization of the Golden Coast gambling zone in Yalta. It will start working in 2024, a single complex with casinos, hotels, sports grounds, beaches and park areas will be built here. Investors are ready to invest 3 billion rubles in the construction. Initially, it was planned that tax deductions would amount to 25 billion rubles a year. But in 2020, the plans were revised to….1 billion

Already at the planning stage, the “Gold Coast ” met with the objections of the local population. Families with children come to rest in this area, and not lovers of noisy recreation. Thus, the casino will kill the private sector and sharply reduce revenues.

How do the Russian authorities deal with illegal casinos?

Since 2012, Roskomnadzor, at the request of the court, the Federal Tax Service or other government agencies, has the right to block sites with online gambling. Such resources are deleted both by employees of the department and by complaints from citizens. The list of deleted sites can be found in the Unified Register of Prohibited Sites. The RCN may also require removing links to prohibited sites from search results, as well as from social networks or other Internet resources.

On June 15, 2021, the Russian State Duma adopted a law allowing tax authorities to block the work of Internet resources that transfer funds for illegal gambling establishments. Banks, operators of payment systems and communications should adhere to the ban. The Federal Tax Service will compile a list of illegal organizations and payment service providers that work with unlicensed casinos. This list will be posted on the website of the tax authorities.

In June 2021, Roskomnadzor began countering resources that can be used to get to sites with prohibited content. In particular, this applies to VPN proxy services that allow you to bypass official restrictions. VyprVPN and Opera VPN were the first to be blocked.

The gambling market of Russia in 2021: what are the present outcomes?

Competent regulation of gambling is also the protection of players, which includes the creation of a self-exclusion system. In May 2021, the Association of Lawyers of the Russian Federation announced that such a system may appear in Russia in the nearest future. The way it will all work resembles a mechanism which serves to  give the Russians an opportunity to reject any participation in gambling. Also, such a decision can be made by a court decision. Let’s hope that this is the first step towards the development of the gambling industry in Russia!

In Russia in general, and with the introduction of quarantine measures especially, there is a shortage of entertainment. Social and entertainment infrastructure is poorly developed in the regions and remote settlements. Online gambling in Russia – with proper regulation – could help everyone and solve several problems at the same time. People would have the opportunity to play safely on good services, the new jobs would appear (including remote ones!). Business would be able to develop new projects and invest money, and the state would receive additional revenues to the budget!