My journey as an affiliate has been a rewarding one. I haven't yet made millions but the experiences I've had along the way have been priceless. I started out like most affiliates. I wanted to work for myself and on my own terms. I was enthusiastic and felt like I was going to be on top of the world. I soon found myself to be lost and confused and not making any money. I read article after article, created a few websites, posted my affiliate links here and there and I was having zero results.

I decided I was not going to give up. I realized that I was strategizing based on the results of others success. When I realized that I shouldn't look just at what had worked for others, I needed to look into my own network and myself to find out what worked best for me.

Me, personally, I can't stand sales people. I don't like the feeling of being sold something. It's especially annoying when a dirtbag salesman won't take no for an answer. So, I embraced that. I decided catchy ads and flashy banners were not for me. Neither were affiliate links(although I still post them from time to time).

I decided that I wanted to be more than an affiliate. I wanted to be the guy that could bring in the advertisers that the affiliates promoted. When I found out I could earn roughly 10% of the revenue shares that every affiliate in my network earned when they were promoting an advertiser that I brought into the network, I knew that was what I had to do. After a few months of pitching to the CEOs of several companies, I finally got my first advertiser integrated into the network.

That was over 1.5 years ago and I still see daily earnings. The best part is, I'm done doing the work. I was able to focus on the next big thing while earning revenue every time an affiliate did. It is a beautiful thing to plant a seed and work so hard and so long to get it to bear fruit. Now it's self-sustaining revenue. Perfect!

Now I have my own company and I have my own network of amazing webmasters. Since I know the struggle of Just starting out and how much labor and disappointment you must suffer through in order to succeed, I make sure that any webmaster or affiliate that promotes for me is rewarded well above what anyone else is paying for the same.

What is the moral of my story? Good question. I suppose there are a few mixed in there. That would be for the individual to decide. Don't give up.

Add his Bot to your Telegram to earn real Cryptocurrency. 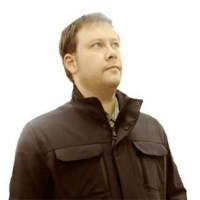 CEO of URAllowance, LLC (main project) - Chris teaches anyone willing to learn about cryptocurrency and blockchain technology.
He is a 3rd generation Las Vegas Native and has helped to bring the crypto scene to his city by founding the largest cryptocurrency Meetup that is still growing in numbers every week. Chris has a stellar ability to close deals of any caliber. A problem solver. He is the first one to stand up when someone needs help or has a problem that they can not solve. There are many more layers to be revealed. One only has to spend five minutes with Chris to know this. Reach him via email: [email protected] or via telegram @ChrisButler

Leadgen offers have been proven to be TOP-performers on Gasmobi for quite a long time. This case stu...

We reached out to our friends at Pushground and ask them to share their expertise on campaign optimi...

Mobile Rewards - how to use it?

How to use Mobile Rewards to earn money effectively on mobile games?  Why should you be interested i...