The main thing you need to know about the country

The Republic of South Africa is the most economically developed on the continent and has a strong global position. Former British colony. The population is 60.5 million people, and about 70% of the population are city dwellers. The average age of South Africans is 28 years.

42 million (nearly 70%) of South Africans use the Internet and spend 11 hours online every day. Mobile users go online a little more often than users from laptops and PC. The average mobile Internet speed is 30.54 Mbps. 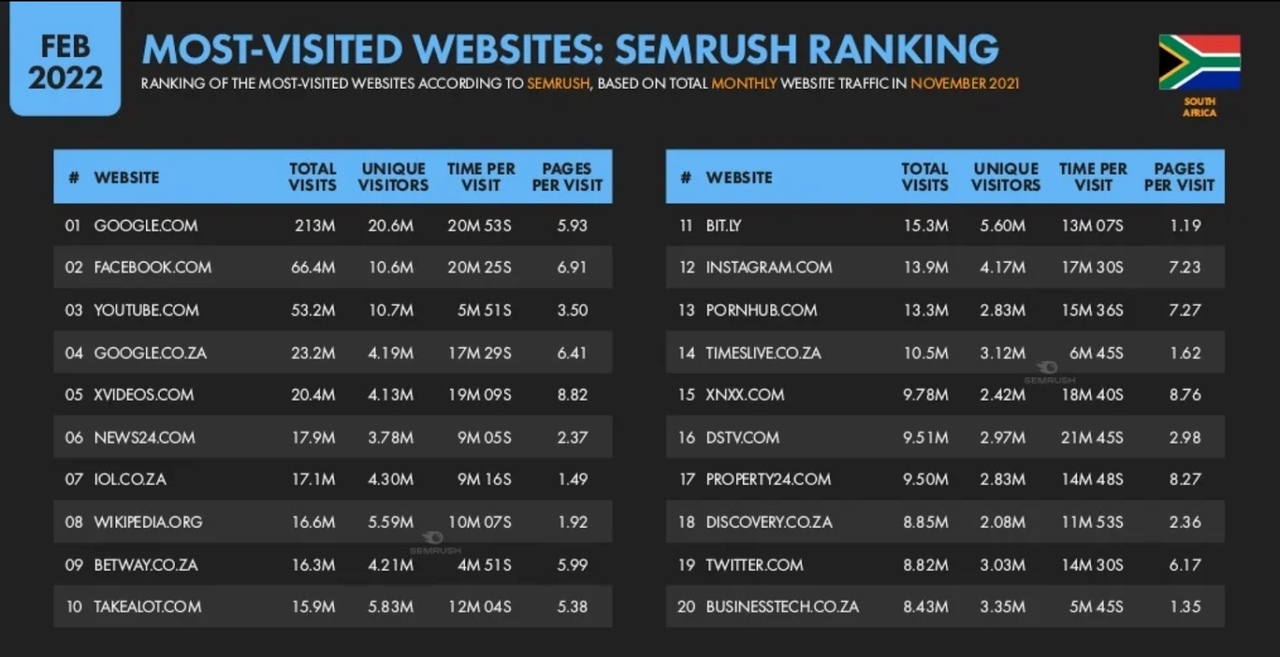 The popularity of social networks in descending order: 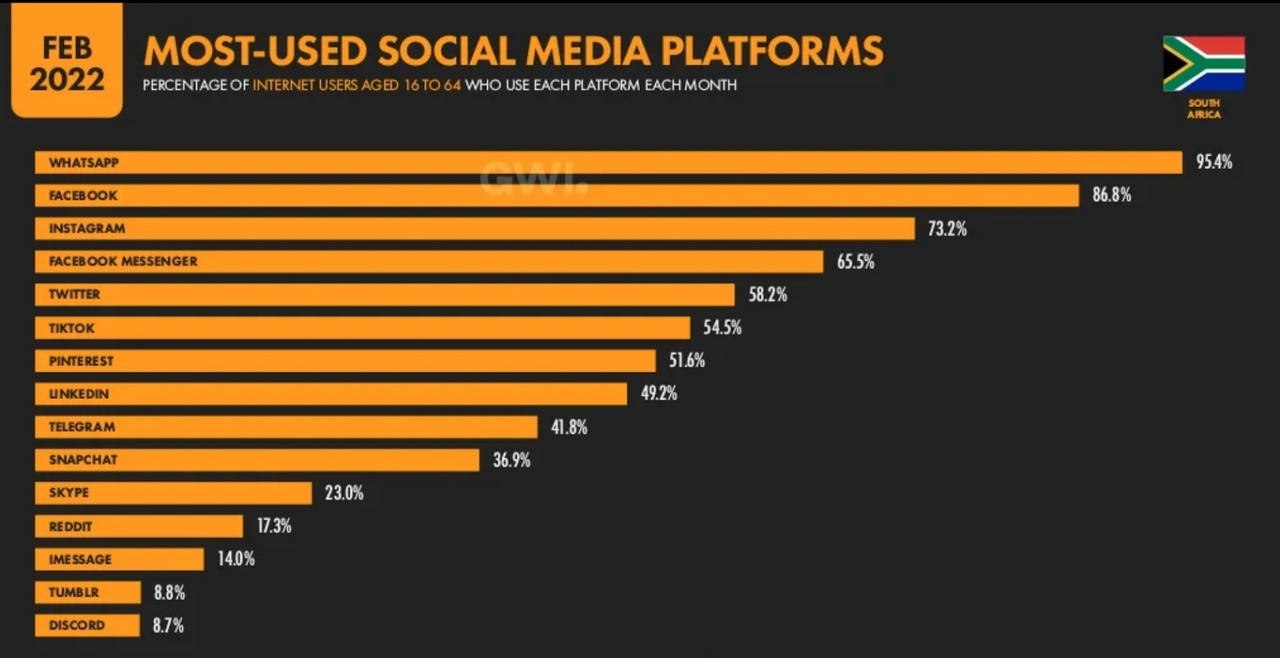 South Africans are active online shoppers. In Cape Town, almost everything can be paid for by card. At the gas station, you don’t even have to get out of the car, they fill your car and take out the terminal for a credit card, and you sit and do nothing at all.

South Africans spend the most money on a White hat and Nutra (gadgets for entertainment and health, household appliances, health and beauty care):

Advertising on social networks and websites is inferior to television advertising. You can try to use this when creating creatives (images of TV stars, TV show design, etc.): 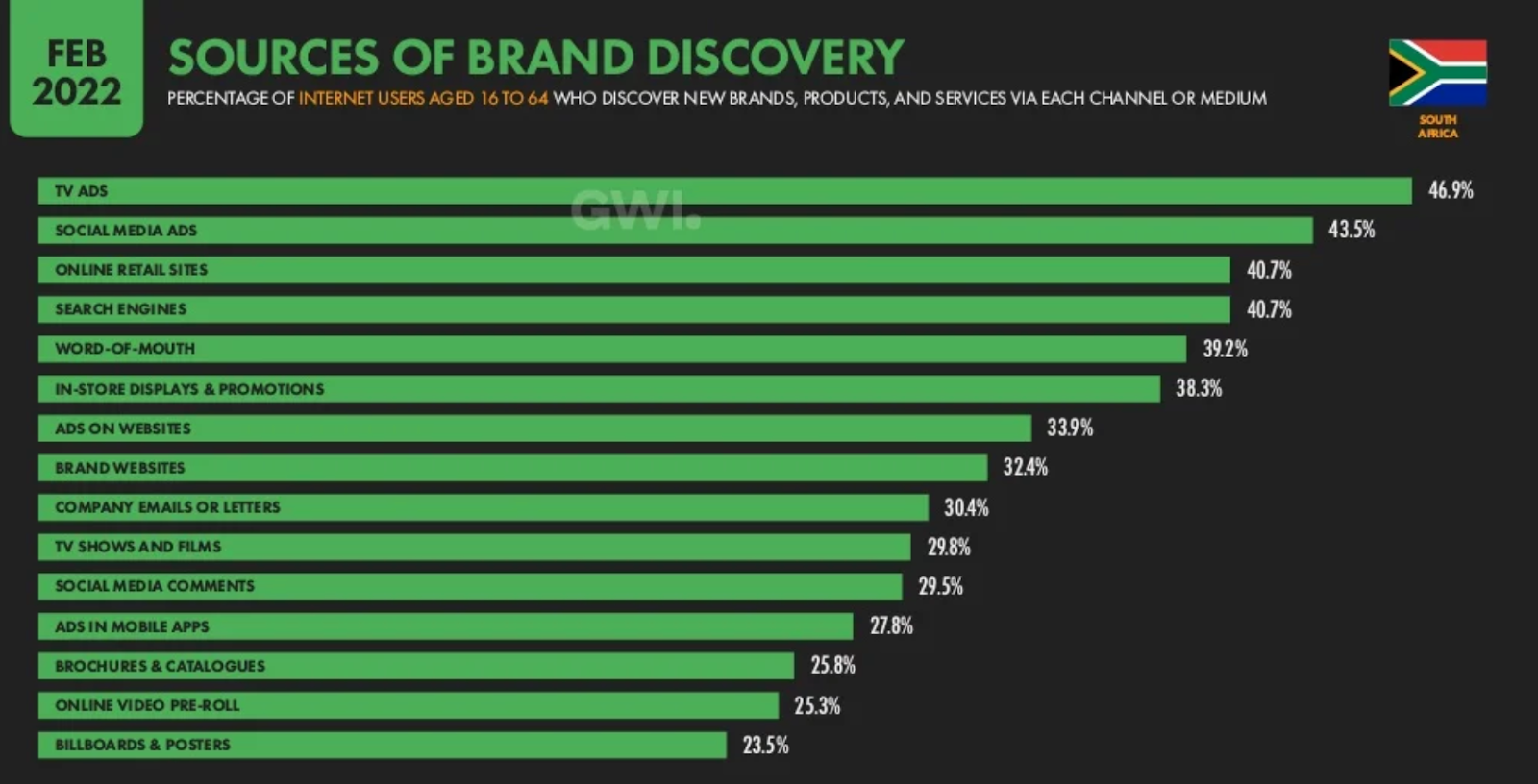 There is a lot of competition in the South African market, so it is useful to know the top triggers for local buyers. Most of all, they are attracted by free shipping and loyalty programs. Promise the opportunity to return unsuitable goods, and offer a promotional discount. The speed of delivery and feedback from other buyers matter, but are not the first priority: 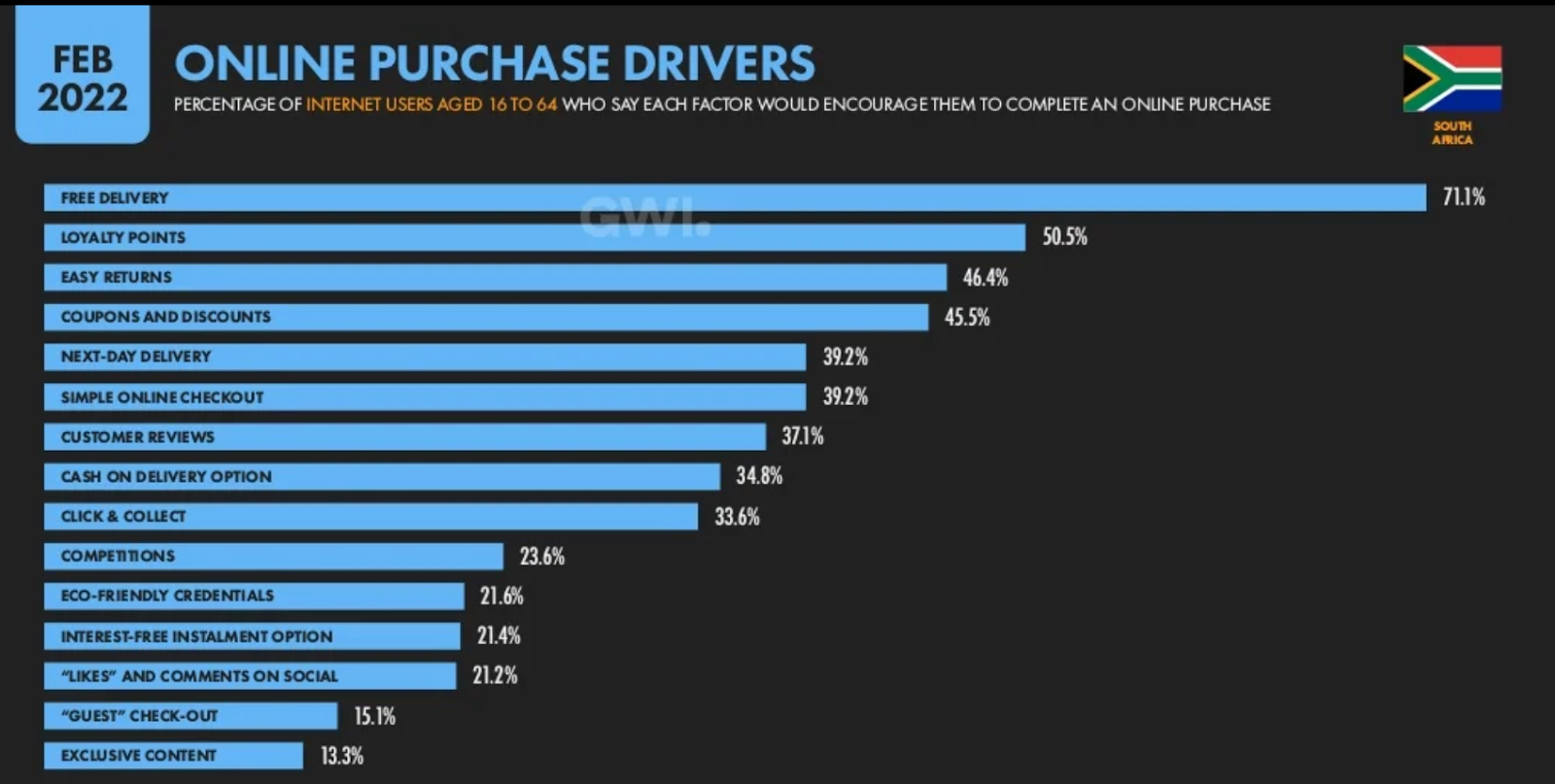 South Africa is one of the most nationally diverse countries in Africa and has the largest proportion of white, Asian, and mixed populations on the continent. The number of whites in the country is gradually decreasing. The proportion of the black population of South Africa is growing due to the influx of immigrants from other African countries. 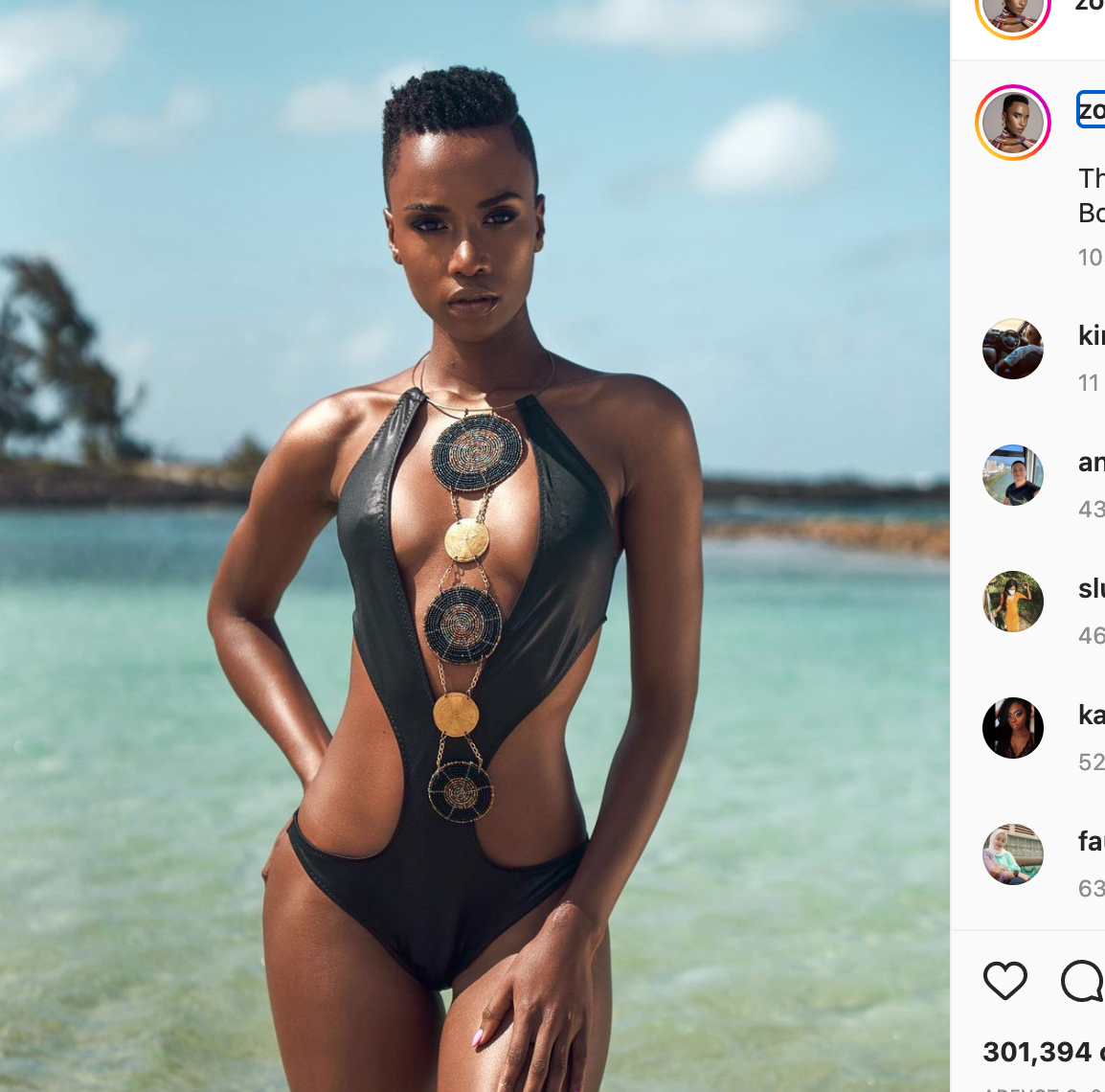 One of the central problems is the massive spread of HIV infection, in which South Africa ranks first in the world.

The Cradle of Humankind is located in South Africa — a World Heritage Site, the oldest remains of fossil man.

Entrepreneur Mark Shuttleworth, who leads the development of the Ubuntu operating system, has become the first South African space tourist. He spent $20 million on a 10-day trip into space.

Elon Musk and Charlize Theron are from South Africa. 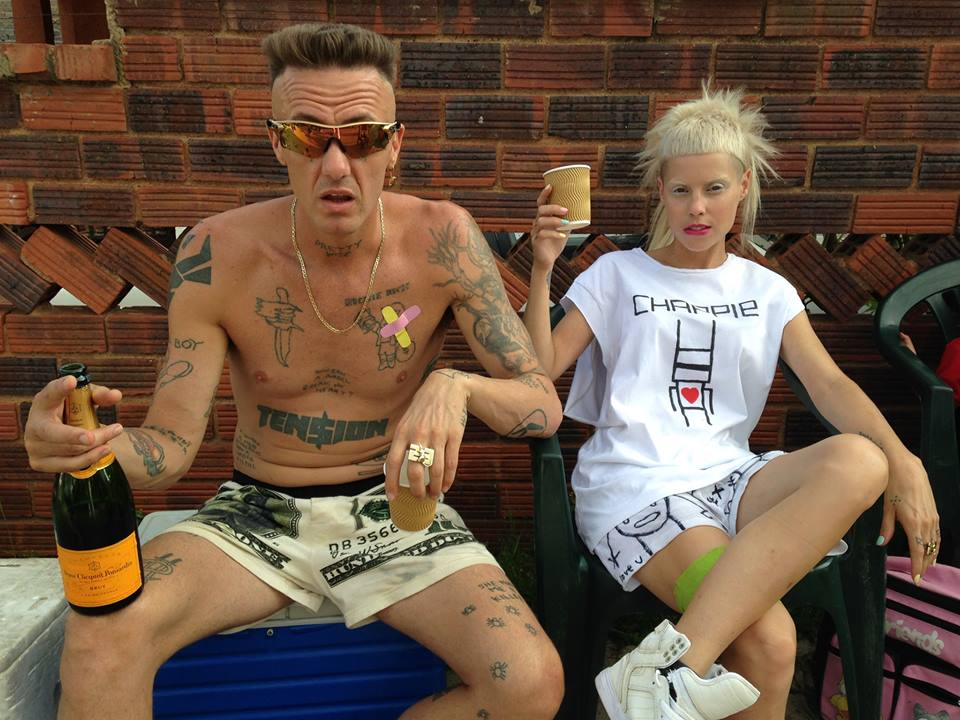 Bans and restrictions in South Africa

There was a dramatic period of apartheid in South Africa when whites evicted non-whites outside the city. This time is over, but it is better to use photos of dark-skinned people or mulatto in creatives.

The racial issue continues to be very acute in South Africa: locals are afraid to make even the slightest joke, hint or ambiguous phrase on this topic, to offend people with a different skin color. At the same time, among all strata of society, the stereotype persists that white means rich.

Specify prices in local currency. South Africa has strict currency rules. The rand is the only currency in free circulation. It is forbidden to use the currency of other countries for payment, violators are fined.

What will help in advertising

The most widely spoken language for every day in SA is Zulu. The second place is occupied by the Xhosa language. At the same time, most people speak English very well.

The health care system in South Africa is comparable to European countries. The state one is not bad in quality, but there are often interruptions of medicines and long queues of patients. Private hospitals are high-quality and very expensive.

The majority of the population are descendants of mixed races, so girls with blond hair are popular (use this in creatives).

This is the only country where you can order monkey steak.

South Africa has legalized the cultivation of marijuana for personal use. At the same time, here is one of the most stringent smoking bans in the world. It is forbidden to smoke near windows, doors, vents, and in general any buildings, as well as in your own house and car if children under 12 years old are nearby.

The cultural and cult traditions of the ancestors are still strong. Superstitions, rituals, you know: 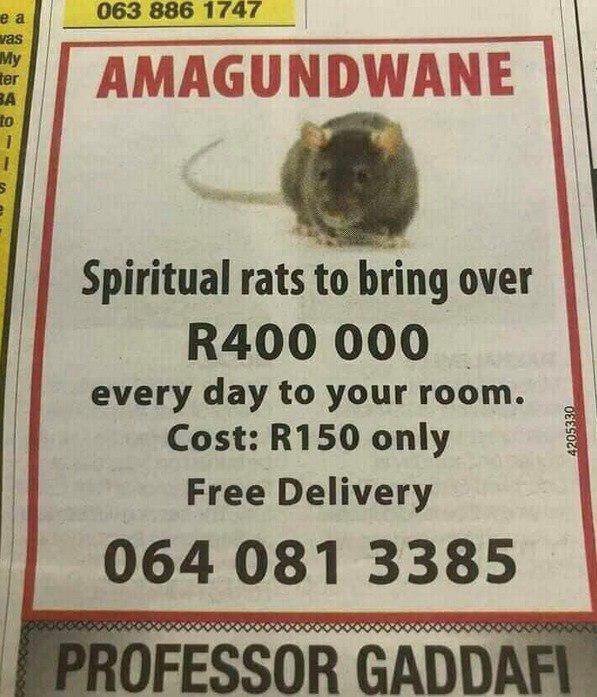 Most of the South African population believes in supernatural powers like spirits and ghosts.

What offers are the most profitable in South Africa?

Above, we drew your attention to the popularity of adult content in South Africa. So, literal adult offers here no longer convert, the competition is great, and there is not enough traffic for everyone. However, the audience is warmed up. Therefore, we make a trick: we offer them supplements for adults. Means for potency and sexual attractiveness are sold very well in South Africa.

In addition to HIV, hepatitis, tuberculosis, and typhoid fever are common in South Africa. Their spread is facilitated by unsanitary conditions.

Beginner publishers consider South Africa to be difficult geo, while experienced arbitrageurs take advantage of it. Jokes aside, but this is not typical Africa - the standard of living allows you to make good money on traffic. But you need to know some nuances.

One easy target for the whole country is unlikely to be done - there is a huge contrast in living standards, skin color, and languages. South Africa is a land of contrasts. But at the same time, South Africa could well be included in the list of English-speaking countries.

In South Africa, push and clickbait headlines work well (better than in the CIS and Europe, especially if you make high-quality creative).

The South African population is not as demanding on creatives as the Europeans.