What happened: Apple has officially conceded that they will add ads to their branded applications. This primarily applies to Maps, Books, and Podcasts, so publishers will be able to pay to have their ad placed higher in the search results.

For example, when searching for a restaurant or café on the map, the application will recommend those establishments that have paid for advertising. Sponsored posts will be indistinguishable from normal posts for the presence of a small “sponsored” tag so that the ad placement is as native as possible. 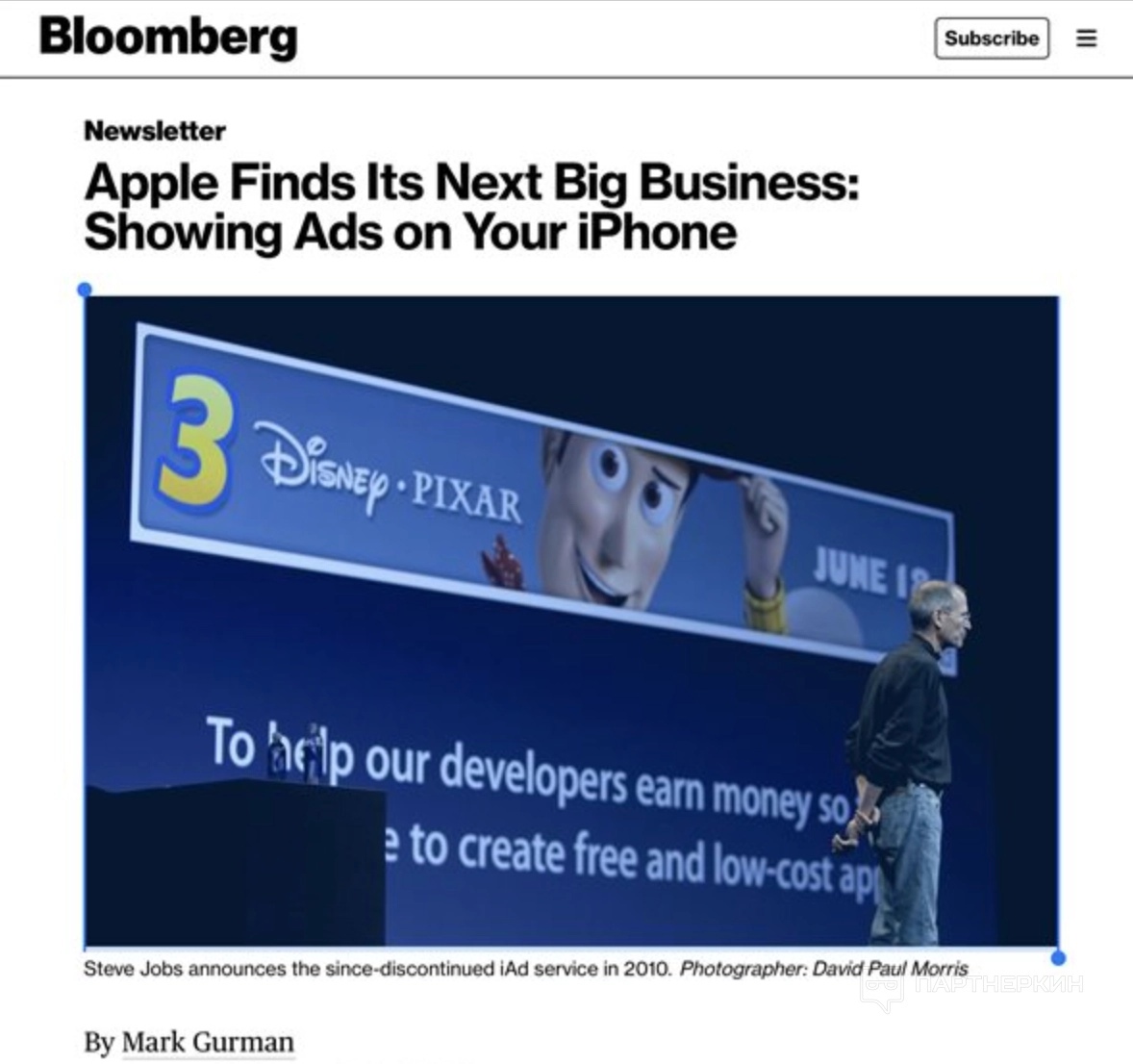 Why it's important: The appearance of ads does not please users. Especially since Steve Jobs announced in 2011 that there would be no ads in iCloud. The increase in the volume of advertising is an occasion for a new wave of criticism. Also, the new ad clearly showed that Apple is using the personal data of users' Apple IDs to decide which ads to show. “This is not a privacy policy,” emphasizes Mark Gurman.

Sooner or later, almost all content sources begin to monetize. Apple is no exception. According to Bloomberg, now ads direction brings the company $4 billion a year, but Apple wants to increase this figure at least three times.

This desire is understandable, but success is not guaranteed. And there are several reasons:

☝️Firstly, the mood of customers is a weighty argument, even for such cool guys as Apple. Some users may turn away from the company if the ads start to annoy them. And this irritation is understandable because if you spend $ 1,000 or even more on a smartphone, you are unlikely to enjoy the fact that the seller wants to squeeze something more out of you.

You can remember that when Samsung placed ads in branded applications, this caused great annoyance to people: you bought an expensive smartphone, and you were also loaded with unnecessary ads.

✌️Secondly, Apple has been already generating ad revenue before (from several sources: search ads on the App Store, ads on Apple News, and Apple Stocks). In addition, the company receives money for commercials during broadcasts of the American Baseball League. If this was not enough, what guarantee that an increase in advertising will improve the situation? Perhaps the solution to financial problems should be sought in a different area.

🤟Thirdly, Apple may face a similar situation that arose with iAd - the presented platform simply turned out to be unprofitable for advertisers. So the popularity of Apple News remains in question.

Finally, all this is gradually destroying the advantages that many respected Apple for: no ads inside the system and privacy for users. Now ads appear and privacy disappears. And even if Apple claims no one sees user data, no one will believe it.

For Apple, this move could be devastating because it tarnishes the company's image. The desire to earn money at any cost, including at the expense of the comfort of its users, comes to the fore. Nothing personal, just business.

From the outside observer's point of view, it seems more reasonable for the company to introduce flexible conditions for customers. For example, according to the principle of Amazon, which releases two versions of its devices - cheaper with ads and more expensive without ads.

For marketing arbitrage, Apple's innovations can become an additional source of traffic - it all depends on the terms and cost of advertising, which have not yet been announced. Apple is only testing the advertising implementation.