During the month of March 2019 teasers about Game of Thrones were everywhere in the news, blogs, social media, etc. With all the build up around the start of the 8th and last season of the blockbuster series, I looked for an offer that could use to capitalise on Game of Thrones ‘fever.’

I’ve been specializing in games promotion for a while now and the official Game of Thrones desktop browser game showed up in the Adspree Media affiliate program before anywhere else. Winter was coming and so was opportunity!

One of the reasons I like promoting games is because the creative options are endless: characters, gameplays, trailers, how addictive they are - and who hasn’t played a couple of games every once in a while? The market is huge.

I chose to promote the Game of Thrones offer using in-stream video because what better place to promote this than on entertainment websites and blogs featuring GoT articles, video clips, reviews, etc.

Of course the landing page is important but one thing I’ve learned with in-video ads is that the video creative itself is key. Once the user clicks on the video creative the user should be immediately focused on registering and playing the game as you can see in the creative below. 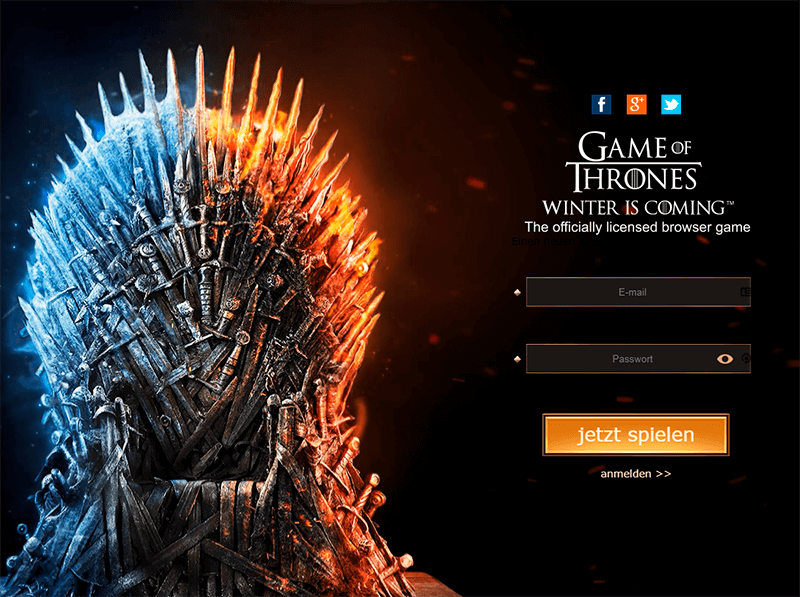 As for the different video creatives, there’s no big secret just test, test and test!

There are many angles that can be used in a video creative when it comes to promoting games: the characters, the cool gameplay, the epic trailer, etc, so you can appeal to potential users across the board.

However, from my experience, the creatives that work the best are the ones focusing on the characters but I went crazy this time and tested 9 different creatives. It might seem a lot but with a sweet CR% and juicy volume you can start optimizing in no time!

Starting with so many creatives I decided to go for a lower bid (smartCPM $0.20) so I wouldn’t burn so much budget and the results were ok-ish:

While my target CPA was $3.20, some days I nailed it and overspent on others, but then it came time to do some optimization. I noticed that some creatives were working up to 5 times better than others, so I kept only the top ones and aggressively increased bids (up to $1.00 smartCPM). I also blacklisted some zones that were not performing and the improvements in the results were great!

Starting with 5 conversions per day, I started generating an average of 30! And with an interesting margin on my payout.

Note: You can optimize variations and zones directly from ExoClick’s statistics page

So finally after 10 days I had made $250 profit with only one campaign. It helped that GoT was getting talked up in the media and I used ExoClick’s keyword targeting to help me find relevant ad zones quickly.

In-stream video is an often overlooked ad format but for the games vertical it can give the user a feel for the game to push them to try it out.