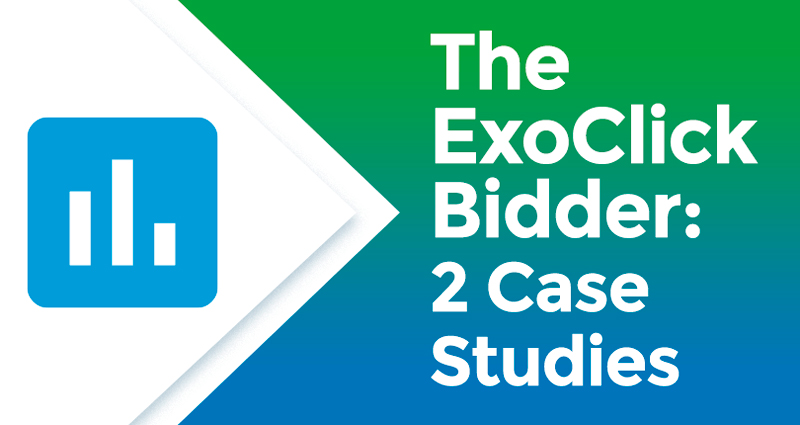 The ExoClick Bidder works just like a smart assistant allowing you to automate the optimization of your campaigns by adjusting your bids by ad zone and blocking non-converting ad zones.

The Bidder has two functions:

Automatic Bidding: allows you to automatically adjust (up/down) your CPM/CPC bids according to your target CPAs. The Bidder will also automatically blacklist ad zones that haven’t converted when your maximum test budget is reached.

Rules: allows even further campaign optimization by letting you create your own algorithms to block ad zones based on the Rules you set for data points, metrics, and operators. You can add as many rules as you like to fine tune the algorithm.

To give you an idea about how ExoClick’s Bidder performs, we will show you two case studies.

In this first case study let’s look at the Automatic Bidding function in action. An Affiliate was promoting a dating offer, so let’s take a closer look at the campaign settings:

Goal: To get end users to sign up and register on the dating platform with their email address.

The Affiliate received a payout of $4 per sign up, so to ensure he obtained a good margin of profitability, here is how he set up the Automatic Bidding Optimization:

He named his Goal as Conversion.

His Maximum Test Budget was set at $4, which meant that he would not overspend, and if his campaign wasn’t profitable, at least he would break even. Additionally setting the spend between $2-$4 gave him a good range of flexibility for his bids.

He set the Bidder to work to automatically bid on ad zones and block ad zones that were over $4 for a conversion. He evaluated his results after his campaign had been running for 12 days:

Here you can see the Bidder was working on a variety of ad zones that have the blue Bidder symbol next to them and also showing the bid price that the automatic bidder used. The ad zone highlighted in red was blocked because it reached a $4 spend and didn't get a conversion. 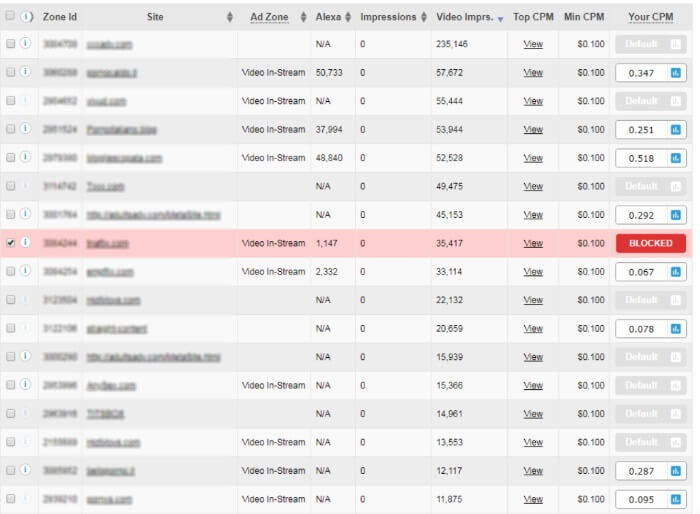 Here you can see the list of optimized bids per ad zone. Let’s look at the highlighted zone as an example, here the Bidder lowered the bid from $0.519 to $0.518. 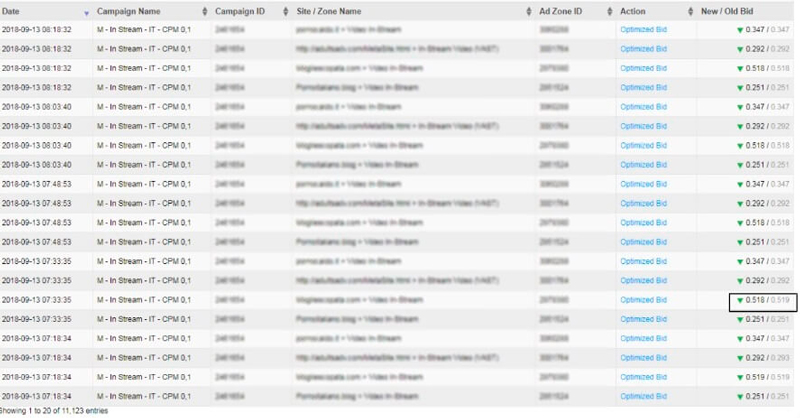 Here you can see that the Bidder changed the bid for the CPM according to the optimization that was set. We have highlighted the highest price paid at $0.483 and the lowest at $0.098.

Here you get an overview of the eCPA on each day of the 12-day campaign. As you can see each day the Bidder began to stabilize as it optimized more and more each day, with the average conversion cost at $2.03.

If we look at the eCPA1 Total you will see that the affiliate got 226 conversions from the ad zones that the Bidder optimized for an average of $2.03 per conversion. With his payout at $4 per sign up, the Bidder helped him generate a profit of $445.22 without him having to manually optimize his bids.

In this second case study let’s look the Rules function for more optimization. You can create your own algorithms which are governed by ‘Data Points’, ‘Metrics’ and ‘Operators’

To set up Rules look at the statistics of your campaign and use that data in order to create the algorithms for further ad zone blocking/ optimization. So, onto our case study:

To break even, the advertiser cannot spend more than $0.90 per conversion. Looking at the above campaign settings he needs to generate 1 conversion out of 30,000 impressions in order to remain profitable. He can now set the Rules based on Impressions related to Conversions, like this:

He has added an additional Rule:

Setting this additional Rule ensures that the algorithm keeps checking the ad zone at different stages.

So after running a test on this campaign here are his statistics related to the ad zones targeted. You can see the ad zones that were blocked according to the two Rules he set:

But of course, there are other ways to set the Rules for profitability. Here is an alternative Rule that he could have used by looking at the campaign’s data based on Impressions and the CTR percentage.

The ad zones that are showing conversions have a CTR higher than 0.05%. Therefore in order to avoid sites that have a lot of traffic but a low CTR, he can set the following rule:

The advertiser could use this Rule on its own or as additional Rule to the previous ones used.  As you can see, the Bidders Rules are very flexible and can really help fine tune the automatic optimization of your campaigns. 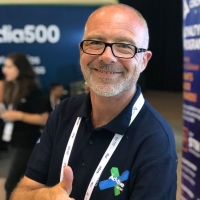 Giles Hirst is Head of Communication at ad network ExoClick and presenter of ad tech video news programme The Additive.